In exactly nine weeks, brilliant young golfer Victor Perez was expecting to be teeing off as defending champion in the 20th Anniversary Alfred Dunhill Links Championship at St Andrews.

But the complications created by the coronavirus pandemic have resulted in the rescheduling of the event to 2021, and Perez has found himself, unexpectedly, champion for two years, not one.

The 27-year-old Frenchman said: “Everyone always enjoys the event, but it’s the sensible thing not to play in the current context. It’s unfortunate, but it’s still great to keep the trophy for two years, even better if I can keep it for three years by winning in 2021.

“As champion it would have been great to defend, but the 2021 edition will come round very quickly. It’s not as if the tournament is going away for five years.”

Perez became the first French winner of the Alfred Dunhill Links after one of the most exciting finishes in the history of the event, winning by one shot from England’s Matthew Southgate.

Although from Haute-Pyrenees in southern France, Perez has been living in Dundee, just 20 minutes away from St Andrews, for the last 18 months with his girlfriend Abigail who is a dental student there.

Victory at St Andrews has proved massively important for his career. He followed it with a fourth place finish in the WGC-HSBC Champions event and the following week he was joint runner-up in the Turkish Airlines Open after a six man play-off, finishing the season 13th in the Race to Dubai.

“The Alfred Dunhill Links definitely gave me a springboard. It gave me momentum which I rode into the rest of the year,” he said. “It helped to convince me I could play and the two year exemption meant I could play and not think what could happen. I will always remember it as something very special, as my first win, and at St Andrews.”

He may be missing the Alfred Dunhill Links this year, but as a result of his powerful finish in 2019 to reach 45th in the world, he will be competing in his first ever Masters in November. It’s something he is looking forward to.

“Every golfer dreams of playing in The Masters. Every putt you sink as a kid you are thinking it’s to win The Open or The Masters.

“But it’s been a difficult year. Time will tell if the delay has been good or bad. I had a plan but that’s been changed around and it keeps changing. The lockdown took away time for us in Europe to be competitive.

“You always have to keep your mind as open as possible. We have the ability to play, but this is a bit different. No one really knows how to go about this. It changes your mindset a little. Things will be different.”

This week Perez is competing in the WGC-FedEx St Jude Invitational at TPC Southwind in Memphis, Tennessee. If he wins, it will take him considerably longer to get home to Dundee than it did last year after his Alfred Dunhill Links victory. But it just goes to show how far he has come in such a relatively short time. 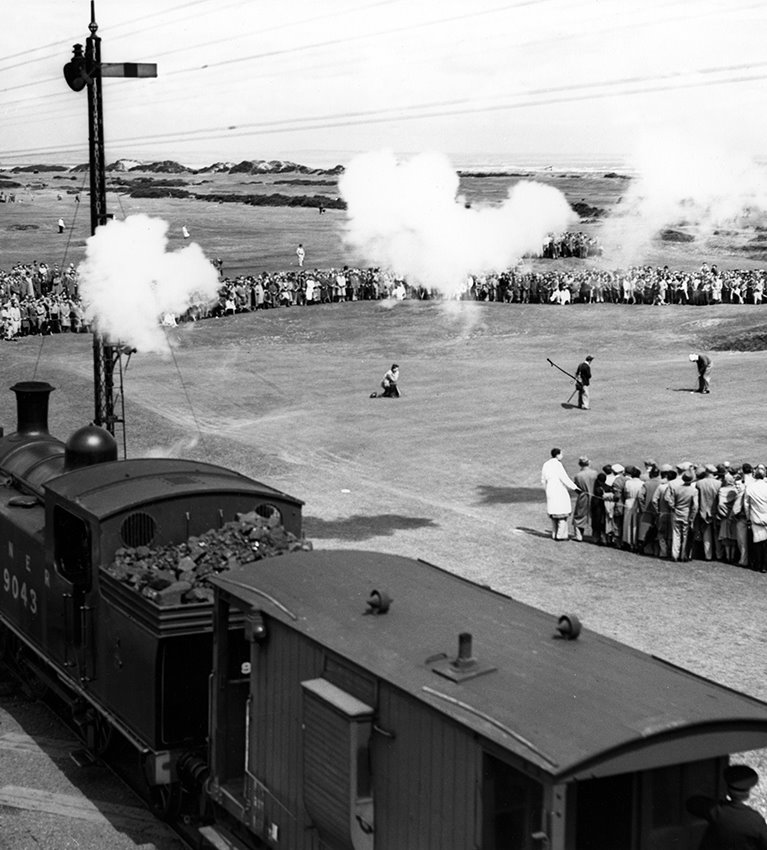 Then and Now. . . historic images of St Andrews